1747 – An Entertainment of Quality 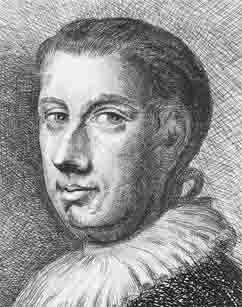 In 1747 a Bristol actor named John Hippisley, who also owned the Jacobs Wells Theatre in that City, recognised the obvious need for a purpose-built and dedicated theatre in Bath, issuing a proposal addressed to ‘The Nobility and Gentry of Bath’ which stated:

Plays are like mirrors made, for Men to see, How bad they are, how good they ought to be.   Theatrical Performances, when conducted with Decency and Regularity, have been always esteem’d the most rational Amusements, by the Polite and Thinking Part of Mankind: Strangers, therefore, must be greatly surpris’d to find at Bath, Entertainments of this Sort in no better Perfection than they are, as it is a Place, during its Seasons, honour’d with so great a Number of Persons, eminent for Politeness, Judgment and Taste; and where might reasonably be expected (next to London) the best Theatre in England.

The present Playhouse, or Play-Room, is so small and incommodious, that ‘tis almost impossible to have Things better done in it than they are.  The Profits arising from the Performance, as now conducted, will not support a larger, or better, Company of Actors, and nothing can be more disagreeable than for Persons of the first Quality, and those of the lowest Rank, to be seated on the same Bench together.

To remedy this, and for better Entertainment of the Quality, it is humbly proposed to erect a Regular and Commodious Theatre, on the most convenient Spot of Ground that can be got, to be managed by Mr Hippisley (who for many Years has been a Performer in London) and others:  and to add such a sufficient Number of good Performers to the present Company as will (it is hoped) never fail of giving Pleasure and Satisfaction to the most judicious Audience, and greatly contribute to rendering Bath the most agreeable Place in the Kingdom.

Thus was established the dream that Bath should become the most eminent place for theatre-goers outside of the capital.