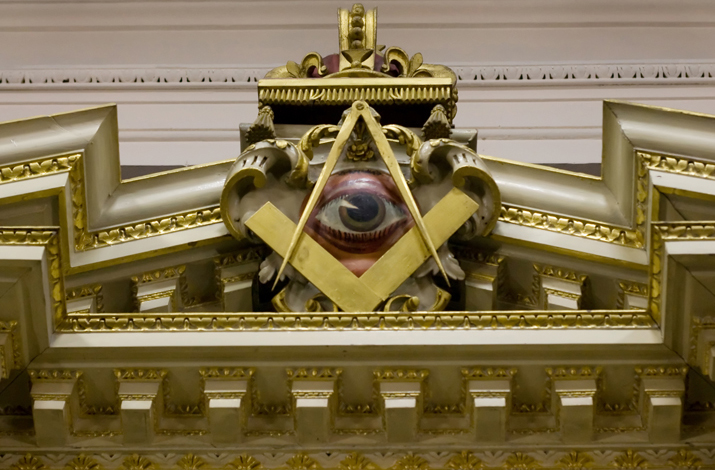 In 1865, the members of three Freemasons’ Lodges in Bath formed a joint committee to find a shared home.  They were headed by a leading local businessman, chairman of Stothert & Pitt John Lum Stothert, who was also Worshipful Master of Royal Sussex Lodge.  Having examined the various options available for their new Masonic Hall, they decided to purchase the disused Catholic Chapel in Orchard Street, together with the lodging house next door and Presbytery around the corner.

The three Lodges, Royal Cumberland Lodge No.41, Royal Sussex Lodge No.53 and Lodge of Honour No.379, still meet at Old Orchard Street.  The oldest, Royal Cumberland, was originally formed in 1732 as The Bear Inn Lodge, and was renamed in 1786 by permission of the then Duke of Cumberland.  There was an older Lodge that preceded it, The Queen’s Head Lodge, which was formed in 1724 and was the very first Lodge to be formed outside of London after the creation of the Premier Grand Lodge of England in 1717.  That first Lodge did not survive very long, however, and was erased in 1735.

Royal Sussex Lodge was formed in 1812 as an Antients Lodge, No.49, and was granted permission to adopt his name by the Grand Master in 1817.  There were also two other Lodges in the City at that time, The Lodge of Perfect Friendship and Lodge of Virtue.  Both folded in 1824, but out of their ashes some of their members formed The Lodge of Honour in 1825.

This was the third attempt at creating a Masonic Hall in Bath that could be used by all of the Lodges in the City.  The first in York Street was opened in 1819 with a grand dedication ceremony performed by the the Duke of Sussex, Grand Master of the United Grand Lodge of England.  Up until that time, the Lodges had met seperately at various inns and hotels around the City.  York Street was short-lived, closing at the end of 1823 embroiled in a fair degree of controversy.

The Lodges then went back to using inns until the next joint establishment was provided in 1834 by Edmund Goodridge above his new shopping arcade at The Corridor.  This arrangement lasted a bit longer, but by 1850 all of the Lodges had moved back to pubs in the High Street.   The acquisition of Orchard Street, however, proved to be ‘third time lucky’, as all three Lodges still meet here nearly 150 years later, during which time they have been joined by four more, together with fifteen additional Masonic orders attached to them.

Very little modification was made to the building prior to the dedication of the Temple on 3rd December 1866.  The pews were all removed creating a large open floor area for ceremonial use, and the backs of some were used to erect two screens along each side of the auditorium creating storage and access areas next to the Temple.  Eight of the grander front pews were retained and installed along each side to provide seating for the members.

A wall was erected at the point that the old theatre pit met the crush bar, and this created an anteroom for the members to assemble before entering the Temple. The lower windows in the Temple area were all bricked-up, but the higher level were retained.   The Master’s Chair was positioned on the stage along with seating for higher ranks, and additional pedestal areas were installed for the other officers.   The private chapel behind the stage was also retained.

In 1881, the Reredos was acquired when St Mary’s Chapel at the lower corner of Queen Square was demolished to widen the road to the new train station at Green Park.  Replacement paintings were provided by John Joseph Barker, a third-generation member of the famous local family of artists.

In 1889, the fan-shaped boxes were removed and a wall erected at the higher level to provide a dining room in the space created, which is still used today.   The opening of the dining room was accompanied by the arrival at the hall of Royal Albert Edward Lodge No.906, which had been formed as a daughter Lodge of Royal Cumberland in 1862, but had been meeting at the Crown Inn in Weston village.

In 1896, the current organ was installed.  The large painting of ‘The Pool at Bethesda’ by William Hoare, which hangs above the Senior Warden’s chair, was presented by one of the members at that time, Charles Radway, who owned the Grand Pump Room Hotel in Stall Street.  It had been the altarpiece at the Octagon Chapel, and was accompanied at that time by two other altarpieces loaned from St Michael’s Church.  Those two paintings, one also by Hoare and the other by Robinson, were returned to the church in the 1920s.  They went into store for more than ninety years, until a chance mention of them during a private tour in 2012 led to their being brought back to Old Orchard Street, allowing the public to view together the only three remaining canvas altarpieces originally created for Bath churches. 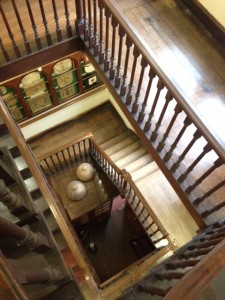 In 1923, further refurbishment took place primarily creating the entrance foyer and staircase leading to all three upper floors of the building.  Larger toilets were installed on the ground floor and a commercial-standard kitchen was added on the first floor, alongside the dining room, to cater for the increased numbers of members, which had also resulted in the creation of St Alphege Lodge No. 4095, three years earlier.  The dressing rooms above the stage were converted into caretaker’s accomodation, a Masonic Library was opened on the second floor and a small Museum on the third floor.

The Museum and Library were both created from the collections donated by George Norman, an eminent local Masonic historian, and were also named after him.  Unfortunately, the majority of the Museum collection was lost in April 1942 when the building next door received a direct hit during the Baedecker raids on the City.  That building was completely destroyed, along with part of the party wall where the Museum was located, and fire quickly spread into the roof of the Masonic Hall.  This was brought under control, but not before seriously affecting the Temple ceiling.  Fortunately the furniture and equipment together with the Library, which was located at the other end of the building, survived virtually unscathed. 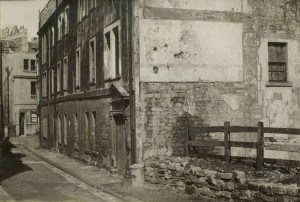 Makeshift repairs allowed some usage of the building to be retained but, after the war ended, the local council decided the building was too badly damaged, and scheduled it for demolition.  However, the members had other ideas and, with no external financial aid, completed the restoration work themselves, including a new ceiling in the Temple that incorporates an accurate cellestial map of the night sky on the date of the original dedication in 1866.  The Masonic Hall was returned  to full usage by 1950, rescuing this important building from what became known as ‘The Sack of Bath’.   Grade 2 protection was granted to the building in 1978.

Two further Lodges arrived during those early post war years, St Luke’s Lodge No. 6540 in 1947 and Elizabethan Lodge No. 7296 in 1953.   The Museum also rose like a phoenix from the ashes, thanks to the almost single-handed dedication of one member, Edward Gayner, who over a thirty year period acquired all manner of rare Masonic artefacts which he assembled in the same location on the third floor of the building.  The Museum was renamed in his honour after his death in 1996.

In 2002, work was commenced to refurbish the vaults beneath the building, originally used for the Catholic burials.  It had been hoped to move the dining area down there, but when planning permission was denied the work was confined to clearing the rubble which had been accumulated from when those burials were removed in 1856, and subsequent works conducted on the building.  This allowed the creation of meeting rooms and areas for Masonic orders.

In 2009, the Trustees decided to open the building to the public for guided tours, and the Eddie Gaynor Museum was moved from the top floor into the vaults to allow it to be included as part of those tours. Memorial stones discovered in the rubble, having been left behind from the grave clearances, were erected in one vault to recreate the atmosphere from that time.   The George Norman Library was then moved into the old Museum space, creating a very useful meeting and research space.

As the Masonic Hall approaches its 150th anniversary in 2016, it not only continues to serve its members’ needs, but is an important part of the historical map of this wonderful City.  Since 2010 it has also been used as a venue for various Festivals, including the Literary Festival, Music Festival and The Fringe.  This is possible because the original stage remains and, as the basic layout of the auditorium is also little changed, it retains its excellent acoustic character.

In 2014, a production of a perennial favourite at the original Theatre Royal, John Gay’s ‘Beggars’ Opera’, was staged very much in the same manner as it was first performed at Orchard Street on 5th November 1753, and at some point in virtually every season afterwards.

With that, the building truly came full-circle.