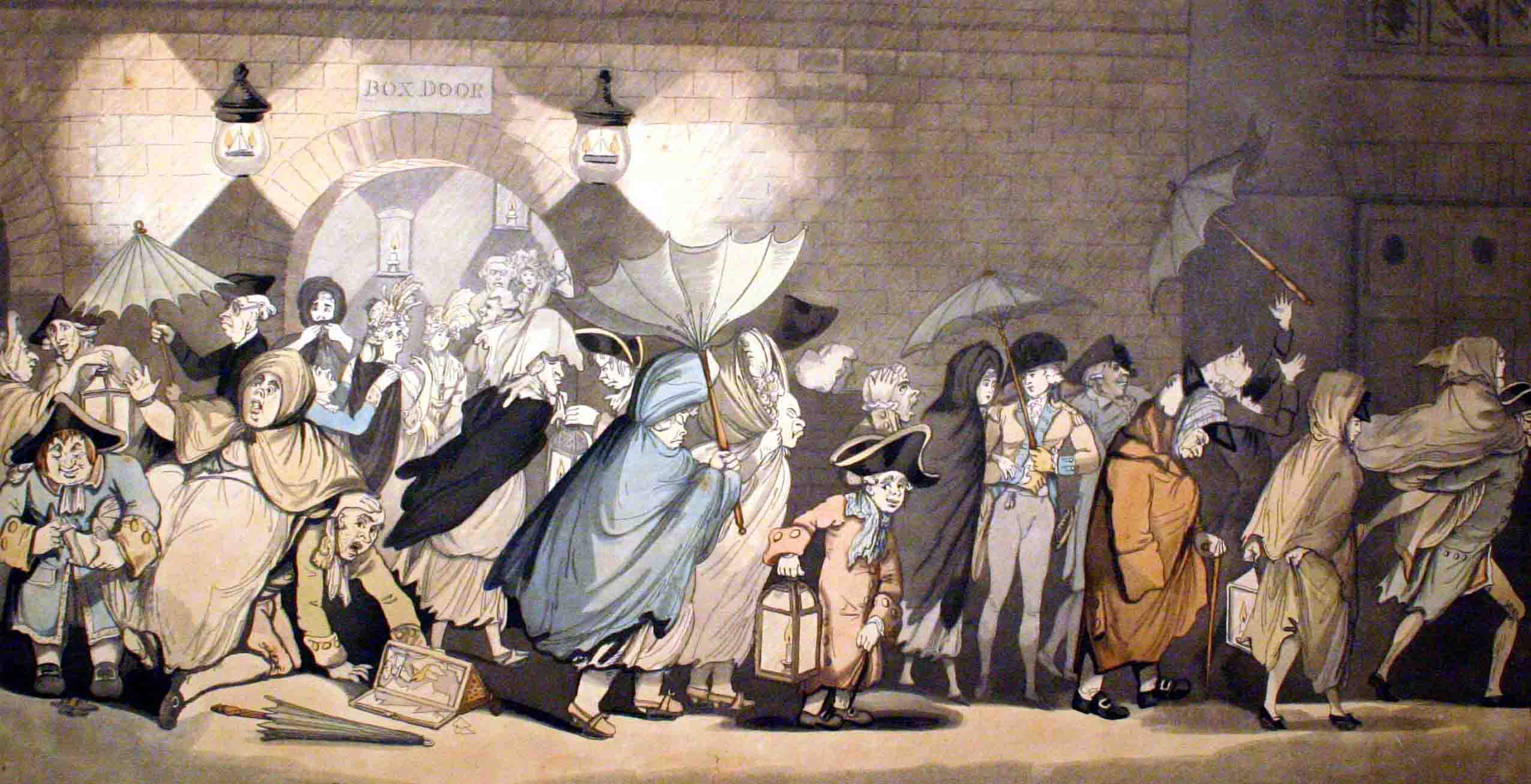 The curtain rose for the first time at The St James Theatre on October 27th 1750.   The prologue for the first performance was delivered with great gusto by Mr Watts, a good friend of John Hippisley, who had unfortunatley died the year before, without seeing his project completed:

As some young Shoot, which by the Planter’s Hand,
Is gently mov’d into a kinder Land;
If the warm Sunshine spread its genial Rays,
Soon a fair Tree its verdant Leaves displays,
And rears with Blossoms its luxuriant Head,
Whilst all the Warblers’ wonton in the Shade.
‘Tis Steadiness alone can fix the Root,
And rip’ning Autumn gives the Golden Fruit,
But if the nipping Blast, or dead’ning Frost,
Too fierce advance, the hopeful product’s lost.
So will it be with Us, whose Art and Care,
Have raised this Structure, to what we call fair;
With ev’ry varied Art have strove to charm,
If Painting please, or Harmony can warm.
Shine forth auspicious, our Endeavours crown,
And fire Us, by Success, to gain Renown.

Clearly some of these words referred to his friend, but also recognised that the new venture was also in direct competition with Simpson’s Assembly Rooms, which had re-opened two days earlier and continued to stage rival performances.  The rivalry between the two establishments continued for more than three years.